Safety and security initiatives in the ISD of Ector County were highlighted at the board workshop on Tuesday.

Many years ago, ECIDD adopted standard response protocols that have been adopted by the Texas School Safety Center.

There is a school safety and security committee. Each school has a threat management team, and a police officer is provided for that campus, Hiner said. He added that this was implemented last year.

Visitors must register and wear a visitor badge at all times and staff must wear identification at all times.

“There are just a lot of responses in our own community to the schools we serve,” Superintendent Scott Muri said.

Standard Response Protocol is the training and drills for students and staff for lockdown procedures and it is used statewide.

Students and all staff receive training.

Muri said students are required to use transparent or mesh backpacks. There are controlled-access entrances, 1,500 video cameras across the district monitored by the police department, and nearly 1,000 portable radios purchased over the past two years to make direct contact with police and 911.

Door Bearacades are installed on every classroom and school office door and perform weekly safety audits.

“Sometimes we forget that we have a lot in place today to keep our children safe,” he added. “There’s a lot of conversation going on across the state about what we should be doing as we think about moving forward.”

From Tuesday, all classroom doors must remain locked all day, every day. It’s a statewide requirement, Muri said.

A state-required test was taken on the first day of school, Muri said.

“We checked all the exterior doors in the entire system… Any issues they found were escalated to the maintenance department,” Muri said.

Headteachers were also required to carry out audits.

Muri said an intrusion audit will be conducted in September by the Region 18 Educational Services Center. They will attempt to access each campus to test the doors and ensure they are not accessible.

Muri said there were “unusual doors” and they are working with the maintenance department to consider their options.

Board member Carol Gregg said part of her concern was getting this information out to parents, as there is a delicate balance between involving parents and keeping them away.

“A lot of our parents don’t have photo IDs. This is a big problem for quite a large part of our community. I think we need to work on how to make our space more welcoming,” Gregg said.

She suggested creating an ID only for ECIDD that would make it easier to access campuses if they don’t have an ID.

Muri said many parents understand the measures in place today.

“There is a balance between creating a welcoming environment and keeping children safe,” Muri said.

He added that they were going to lose some of the welcoming environment.

Gregg said ECIDD needs to make this information available so people know what the district is doing and why.

“I fully expect more restrictions from our state, especially after the legislative session,” Muri said. “I think we have to be prepared for additional restrictions to come.”

“It’s about identifying some of these keys and dangerous types of personality traits. That’s why it’s based on teams and the collaborative team effort on this campus,” Hiner said.

“Secondly, we have our own anonymous reporting system in addition to Crime Stoppers. Tonight is really about the preventive measures we take to keep someone out of our organization,” Muri said.

Board member Tammy Hawkins said as a hearing parent she would feel safe.

“We want them to feel safe taking their kids to school,” Hawkins said.

Also at the meeting, there was a presentation and discussion on the ECIDD bullying reporting and investigation process; a quarterly update of the strategic plan; and presentation of human capital.

>> Trustees heard the quarterly update on three elements of the district’s strategic plan. First, an update on the talent pipelines being developed. A pipeline is a proactive approach to filling future vacancies, especially for high-skilled and hard-to-fill positions. ECIDD has created four teacher pipelines with approximately 130 teachers who have completed or are currently in these pipelines, along with another 90 high school students in the Future Teachers of Odessa track, according to the board’s summary.

Additionally, 29 future principals are being trained for campus leadership through three separate pipelines, and partnerships have been formed with three universities to develop counselors and diagnosticians.

Second, there was an update on high-impact tutoring. Principals have chosen three virtual tutoring companies to serve students by providing one-on-one attention in reading and math to help students recoup lost learning due to COVID. Students working with these virtual tutors have seen phenomenal growth over the year thanks to what amounted to 84,000 hours of additional academic support (not the responsibility of the teachers at the school).

A substantial investment of approximately $6 million in federal ESSER funds, the selected tutoring companies worked under performance-based contracts in which they earned more money if students performed better.

Third, there was the Smart Badge initiative which would use radio frequency identification badges to improve student safety, security and efficiency. Bus riders at five schools will test out these smart badges this year as they scan getting on and off the bus. Smart badges can also be used for books in the library and at lunch, among other uses.

>> Administrators received a presentation on reporting bullying, the investigation process and the supports available in schools. This presentation used a fictional family describing the process of defining bullying, how it is reported and then investigated, and prevention efforts that include school counselors providing supportive resources to everyone involved. This support may include orientation lessons, conflict resolution and referrals to outside agencies. In the 2021-22 school year, 238 allegations of bullying were reported, according to the summary.

Upon investigation, the majority resulted in violations of the Code of Conduct and appropriate disciplinary action; 37 of them were substantiated and confirmed as cases of bullying. Again, appropriate disciplinary action was taken and counseling services put in place as needed. New this year, all school staff are trained in responding to recognition of bullying by SafeSchools. Further information is available on the ECIDD website.

>> ECIDD’s Human Capital Department gave administrators insight into the ways the district invests in employees to recruit talent and nurture them to reach their full potential. Much of the department’s work over the past two years has focused on addressing teacher shortages. This was done through recruitment efforts, the creation of teacher certification pipeline programs, strategic staffing, increased teacher compensation, and opportunities to earn additional compensation through efforts such as as the culture of opportunity and the granting of incentives to teachers. At the start of the 2019-2020 school year, ECIDD faced 351 vacant teaching positions; currently, there are 58 teaching vacancies (29 elementary, 29 secondary) at ECIDD. More than 400 teachers have been hired for this school year, the recap says.

New director Dennis Jones is sworn in. In June, the school board nominated Jones to fill the vacant seat in Position 7 previously held by Nelson Minyard.

For the past 17 years, Jones, an attorney in private practice, has worked as a prosecutor and judge and has been actively involved in the city’s truancy program. He also has teaching experience at Angelina College and Odessa College. The Honorable Justice Brooke Hendricks took the oath of office.

Next 3 DeFi Cryptos to Sell to Escape Cyber ​​Chaos

See how much Social Security money you could get, even if you’re not retired 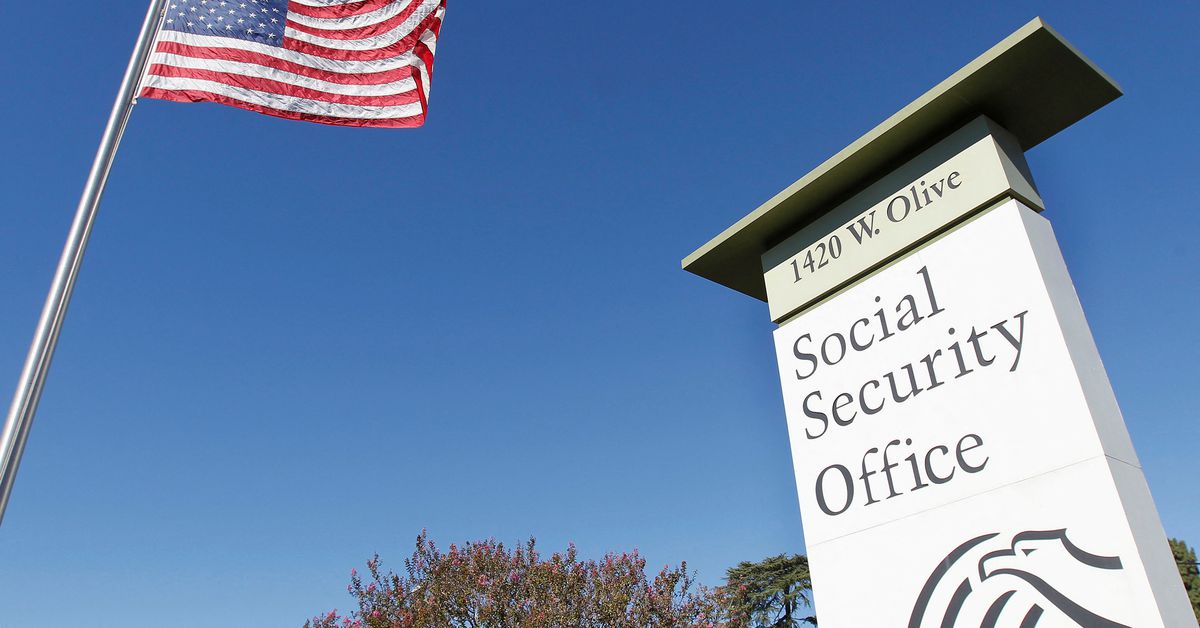 Column: It’s time for the U.S. Congress to debate Social Security reform in the light of day 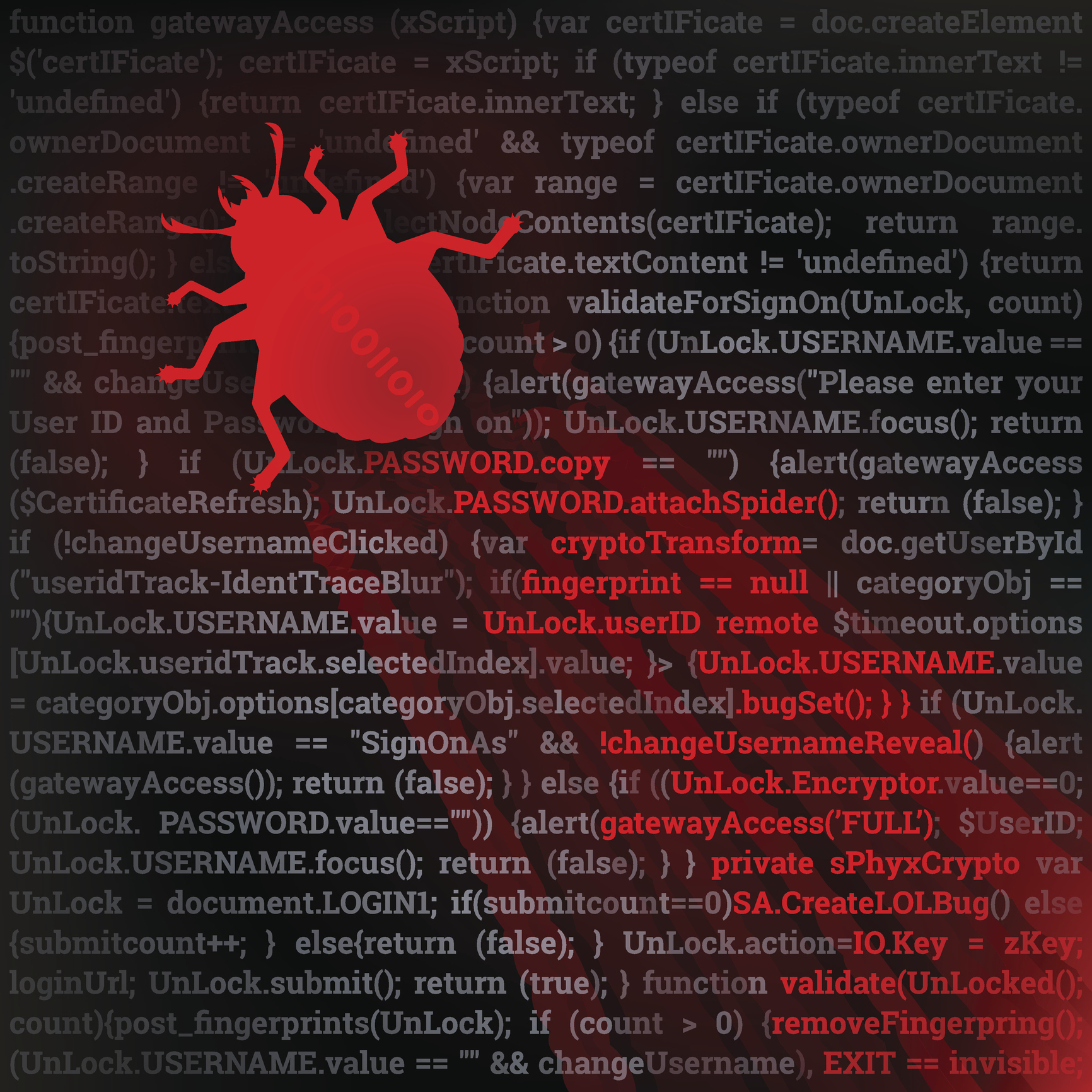 Homeland Security’s bug bounty pilot went so well, the agency is looking to expand it 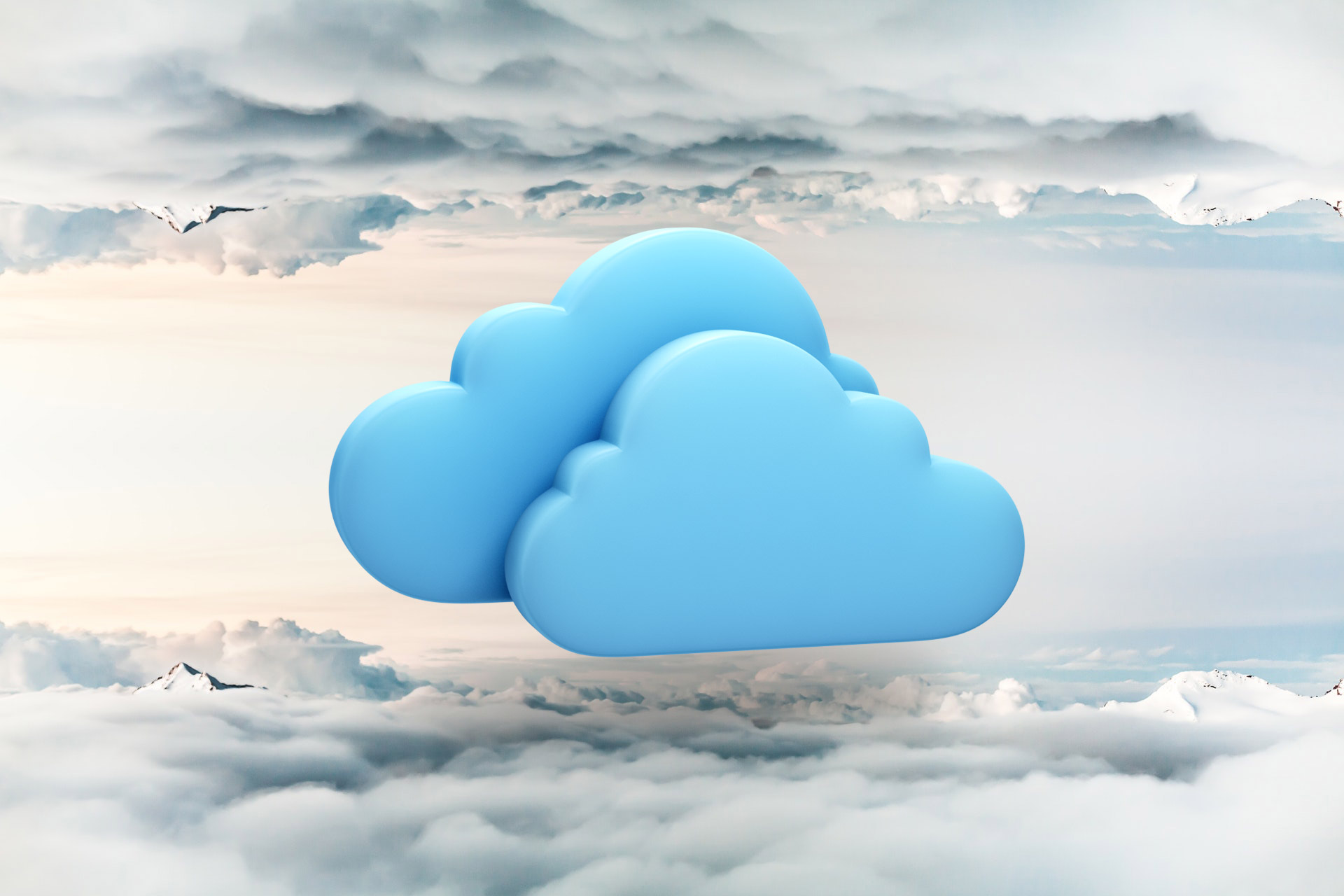 Is increased security a benefit of migrating databases to the cloud? 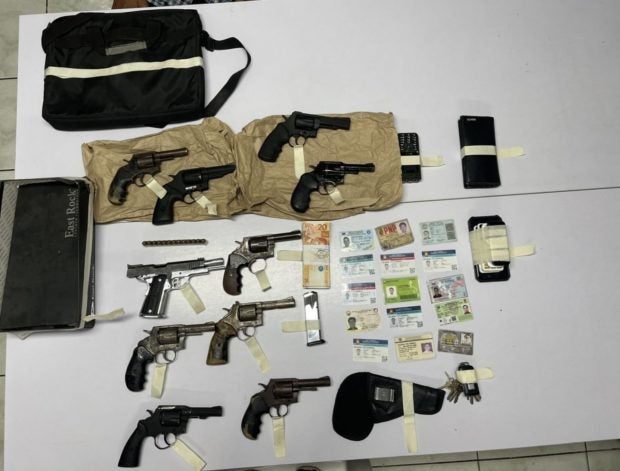 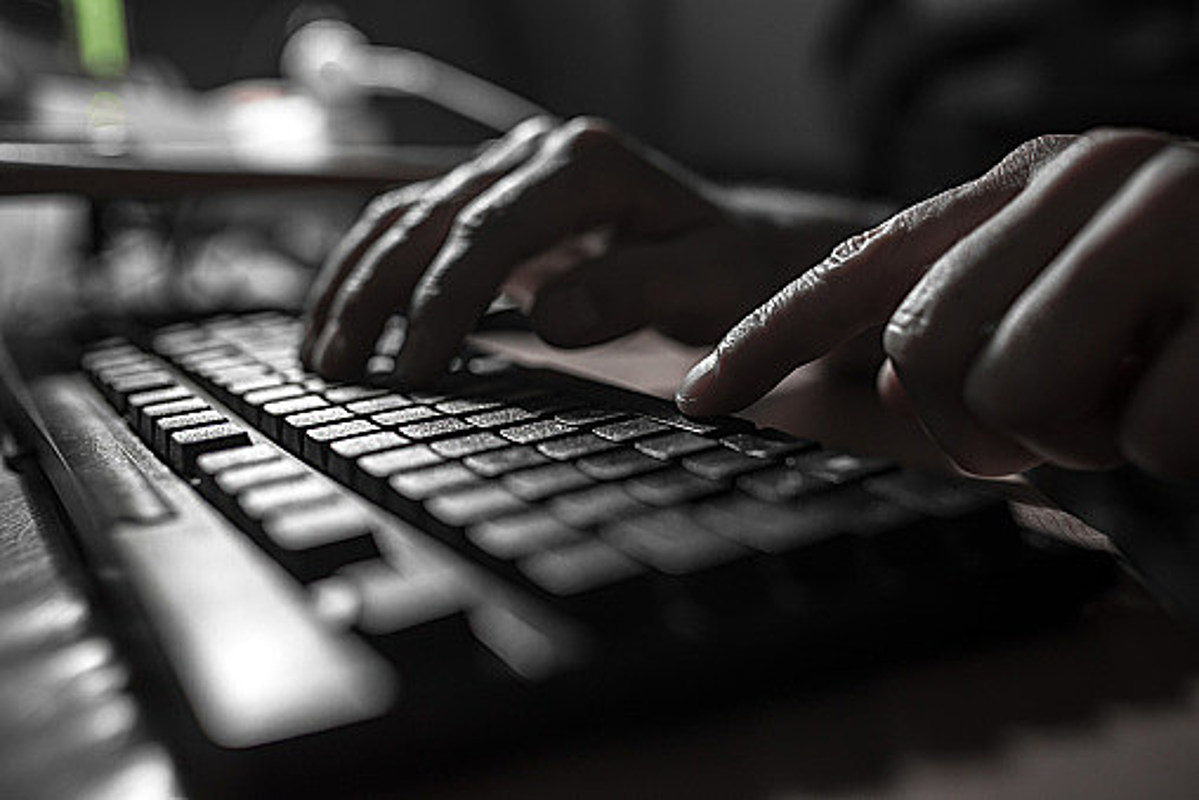